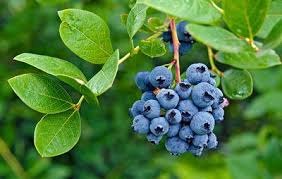 Blueberry Rust has found its way to Tasmania. It has now spread to four orchards. Bio-security Tasmania is not being allowed to do its job.

First and foremost, it is important to know that eradication of infected plants is the only true solution to the problem of Blueberry Rust in Tasmania. Zero tolerance has been the policy till now and as a result Tasmanian horticulture, agriculture and aquaculture has been kept safe. We are an island and therefore we should be able to stop incursions of viruses etc into the state. Bio-security’s protocol has been a closed border, screening at entry points and eradication of anything that slips through. When they moved to get clearance to do their job of sterilising the initial infection, they were blocked by the Secretary of DPIPWE.

If Blueberry Rust is not eradicated it is inevitable that the state’s blueberry orchards will all eventually be contaminated. That should not be allowed to happen. Blueberry Boost Tea will not be able to support local growers and their families. Furthermore we may not be able to continue operating as there will be very few options on where we may be able to source clean raw materials.

Blueberry Boost Tea makes a difference in the lives of many and it would be them who suffer the most. The findings of the Menzies Research Institute trialling of the tea for anti-diabetic properties being published within the year adds still more weight to the potency of our tea as a life changing therapeutic. If we cannot supply those who rely on the tea then their quality of life would be heavily compromised.

As a source of  agricultural produce, Tasmania is in the perfect position to provide world markets with very high quality untainted produce. Our reputation is founded on our clean and green reputation and image. We also have an enviable time slot for our crops. We are well placed to supply European markets with our blueberries during the Northern Hemisphere winter for example.

However, if our clean and green reputation is tainted then that severely limits our export possibilities. That will be another disastrous impact on the Tasmanian blueberry industry and the Tasmanian economy if the Blueberry Rust is not eradicated.

In the past Tasmanian governments have made bold and important moves to protect our state from infection coming onto our island – the banning of New Zealand apples entering Tasmania to save our apple industry from Fire Blight for example. We have done the same with salmon products to protect our aquaculture industry. These are just two examples of the government of the day doing all it could to save Tasmanian jobs by protecting the industries that make those jobs possible. Why does this not extend to the blueberry industry? Why are are our growers being hung out to dry?

Most of the blueberry orchards in Tasmania are family run with the expectation that they will remain as the family legacy. The Blueberry Rust incursion into Tasmania has put these family legacies in serious jeopardy. Not to mention the many Tasmanians employed within the industry. The Tasmanian blueberry industry is estimated to be worth $30 million per annum to the state’s economy.

So why is the income for many Tasmanian families being unnecessarily put in jeopardy? Why is Biosecurity Tasmania being hamstrung by bureaucrats? Is it possibly due to a huge mainland company calling the shots because they do not want to loose any of their profits at the obvious detriment to Tasmanians?

This large mainland company does not employ many Tasmanians and their profits leave the state. They are therefore of little use to Tasmania or its economy. However, this company has been allowed to determine their own response to the Blueberry Rust incursion, which in all probability they brought to the state due their irresponsible attitude to their own quarantine responsibilities. They also claim that they can manage the outbreak. The Rust has since spread to three more orchards. Their “management” is obviously not working very well.

Management of a  wind borne pathogen that can remain viable for weeks on non-plant material is impossible. This makes it a true threat to every single blueberry orchard statewide.  There is not a single Tasmanian who is not directly or indirectly benefiting from the efforts of Tasmanian blueberry growers.

Please chose be involved and support the Tasmanian Blueberry Industry before it is too late. Please sign up to the petition on change .org    To sign the petition

or contact your local Member and point out that Tasmanians should be supporting Tasmanians!

Blueberry Boost in the media